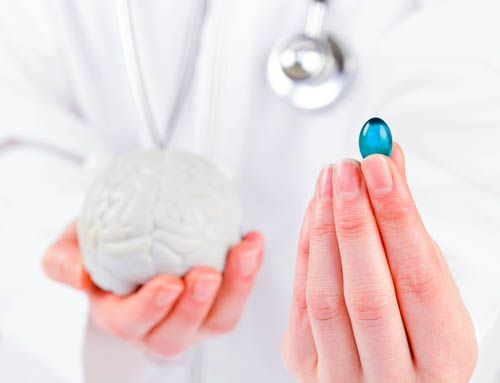 BrainStack is a propriety blend of nootropics from Maven Labs. It is said to be used by entrepeneurs to boost focus and motivation. If all of this sounds familiar to you, you are not alone. Custom-formulated stack supplements have become a prevalent thing in the last couple of years with products like TruBrain, Alpha Brain and others flooding the market.

Like the above mentioned supplements, BrainStack is touted as a tonic for enhancing cognitive abilities and sharpening one’s focus and attentiveness. The same can be said of virtually any nootropic currently available.

So how does BrainStack stack up against the competition? Is it as effective as these other supplements or better? We’re here to find out.

The vast majority of nootropic-related websites have given BrainStack three and a half stars or more. Of the extremely limited number of customers who purchased BrainStack on Amazon, their feedback resulted in an average of just three stars. BrainTropic.com says it comes “pretty damn close” to helping its users fulfill their ultimate potential.

Nootriment.com’s reviewer insists that BrainStack is one of the better smart drug blends, saying, “The ingredients are effective on their own, but they can also work to round out a stack containing Racetams or Noopept. Nootropic Wire has posted to social media, calling BrainStack the world’s number one nootropic.

Users have taken to Reddit to recommend BrainStack to their fellow nootropic enthusiasts. One user has said, “I’ve been trying out BrainStack for about 3 weeks now…this nootropic is actually really good. It helps me get a lot of work done and I personally would recommend it over Modafinil.”

It’s noteworthy, however, that this same user complains about the price of BrainStack which is listed as $59.99 on sale on Maven Labs’ official website. But price aside, nootropic sub/reddit posters seem pleased with the drug’s effects, calling it “great” and comparing it favorably to other supplements. One user had a negative experience on Alpha Brain and decided to switch back to BrainStack.

On the flip side, Consumer Health Digest gave it a mere two and a half stars, pointing out that the manufacturer hasn’t disclosed any possible side effects nor do they offer a money back guarantee or free trial. Despite all this, they go on to acknowledge BrainStack as an effective supplement, writing, “Whether you are an aspiring writer, entrepeneur, worker or student, any brain enhancer that contains nootropic substances can be beneficial to you.” They also report that Maven Labs is a legimitate and well-regarded company.

BrainStack contains all of the following active ingredients:

All of the ingredients listed above have strong reputations for their cognitive benefits. They are known to improve memory, restore neural damage, enhance learning aptitude, retention, focus, recall and mood.

Here are the specific benefits of taking BrainStack:

Regardless of the fact that BrainStack is generally well-received and thought to be effective in most users, it is just like all other supplements on the market. It can elicit negative responses and is not without its fair share of adverse effects. Although no side effects are currently known and BrainStack’s manufacturer hasn’t released any to the public, we know this much. The caffeine present in this supplement can cause the following in persons allergic and/or predisposed:

Virtually all drugs should not be taken until first consulting with your personal physician. The recommended dosage is two capsules daily, but many users have found that taking just one capsule can elicit the desired effect. Users are advised to stick to the dosages listed on the bottle’s label and not deviate from this, lest they end up overdosing on any of the supplement’s sundry potent ingredients.

With that said, stack that brain and emancipate that mind.