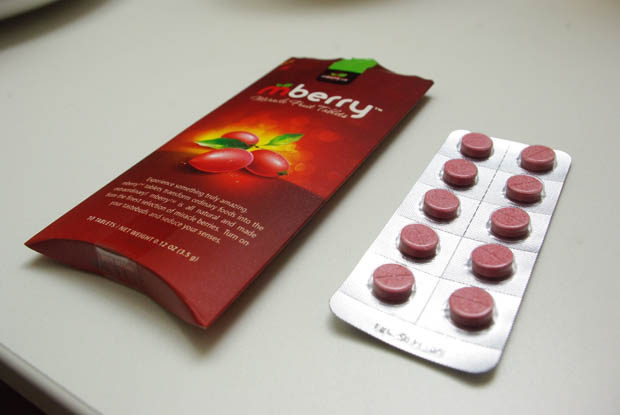 ‘Member cotton candy? Ooo! ‘Member how sweet and fluffy and delicious it was as a kid? ‘Member? Ewwww! ‘Member when your parents would make you eat brussel sprouts, those bitter, nasty lil green balls? ‘Member?

As you got older and started to care about your health and well-being, you resigned yourself to the fact that you would have to cut back on the sweets and embrace a more fruit and vegetable friendly diet, right? You weren’t happy about it and, truth be told, there are plenty of nights when you’re fixing yourself a heart-healthy meal and, as you or your SO prepares it, you’re just dreading the overly sour flavor of your chicken francese or the harshness of that soggy frozen spinach you got boiling.

Are you sitting down right now to “enjoy” some kimchi or rhubarb? Maybe you’re wishing you were about to bite into a nice chocolate bar or wolf down some ice cream sandwiches? You know it’s not going to be anything like that and it fills you with frustration.

Well, fear not, my fellow fatty. Because your apple cider vinegar and greek yogurt can now taste every bit as wonderful as that box of Mallo Mars you keep hidden behind couch cushions. And it’s all thanks to miracle berries. That’s right, miracle berries!

Synsepalum dulcificum is a plant straight outta West Africa that produces berries which make sour foods taste sweet! These miracle berries, also known as miraculous berries or sweet berry, contain a molecule called miraculin (no joke) that tricks your taste buds into thinking that a tangy fruit like lemon or lime tastes every bit as sweet as the more sugary watermelon or honey dew. And it’s not strictly fruits and veggies either, these miraculous berries convert almost all bitter or sour foods into sweet delectable delights.

The way it works is quite simple: Miraculin binds proteins and activates our sweet receptors, giving the impression that you are eating something rich and sugary.

The natives plucked them from trees and consumed them before meals. Although miracle berries (or agbayun as they are indigenously known) have been utilized to these ends since the eighteenth century in other parts of the world, miracle berries have remained a little known fruit in most of the Western world. This is due at least in part to the berries’ failure to be classified as a commercially viable food by the FDA.

But this super lo-cal “food additive” is picking up steam thanks to a wealth of Internet buzz. YouTube food fanatic Shane Dawson recently featured a brand name version of miracle berry tablets in one of his videos. In an eleven-minute segment entitled “Taste Tripping Pill Test,” the Internet star and best-selling author tries out two miracle berry tablets and marvels at the effects they produce.

Dawson takes a miracle berry tab and subsequently eats Cheetos; he is blown away by the way this salty snack food ends up tasting like “pie.” Other salty or bitter foods he ingests end up tasting like sugar, cookies and even donuts! For those foods that don’t taste sweet, he reports a heightened element to their ordinary flavor, suggesting that miracle berries can even improve one’s sense of taste.

And Shane isn’t the first nor, I’m sure, the last to jump on the miracle berry bandwagon as a quick YouTube search yields an interminable list of enthusiastic people taste-testing the supplement version of this miraculous fruit. This includes, but is obviously not limited to, videos with as many as eight million plus views. People are getting hip to this taste sensation!

There are so many good things to say about this “food additive” (the FDA’s words, not ours). Each serving contains just one calorie! There’s no fat, no sodium and no carbs. And that’s not all! Miracle berries are a terrific source of vitamins A, C and E! They also possess a unique amino acid which produces protein synthesis in muscles.

Often used by chemotherapy patients to curb the metallic taste they develop in their mouth from treatments, miracle berries are easy to use and readily available online. You let them dissolve on your tongue for five minutes and then BAM! Your taste buds are straight trippin’. Effects generally last for thirty minutes at which time you may want to pop another one to appreciate dessert that much more.

There are a number of companies peddling their own version of miracle berry tablets from mBerry (the brand used in Shane Dawson’s YouTube video) to Miracle Frooties and many, many more. But only MiraBurst claims to be the best of the best. As they say on their website, “To produce the highest quality berries possible, MiraBurst miracle fruit berries are grown in their native Ghana. The miracle berries are immediately processed after they are picked by our free trade partners to preserve their power for making our miracle berry tablets.”

A host of medical professionals and other nootropic experts have backed these berries as being every bit as miraculous as their namesake. So snag yourself a packet of tablets and get your tongue wagging.