Nicotinamide Riboside – The Anti-Aging Secret that No One Knows About! 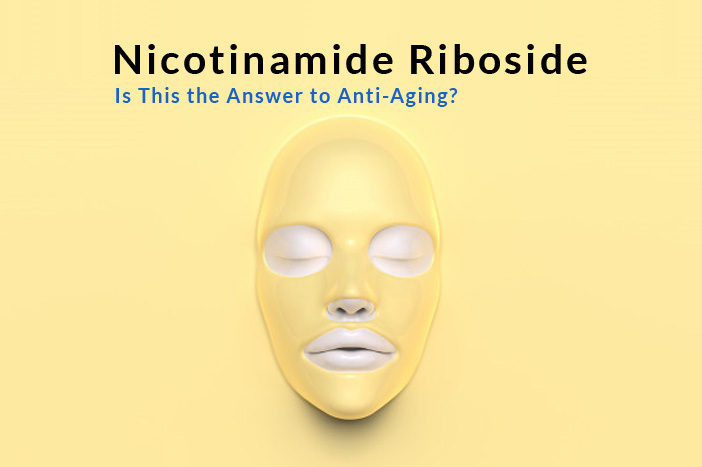 Millions upon Millions of dollars are spent yearly on Anti-Aging products, Vitamins and Nootropics every year by Americans alone. From creams to facials and more, people are constantly looking for ways to reverse the signs of aging.

Unfortunately, most of these anti-aging products are applied to the skin and may provide some temporary anti-aging effects –

However, there’s some interesting new studies coming out of Harvard and NCBI, NAD (Nicotinamide Riboside) is leading the way in reversal of cell aging and more!

In Recent Studies, Nicotinamide Riboside reverses the signs of aging from the inside out, making it more effective long term.

What is Nicotinamide Riboside

Nicotinamide riboside (also known as Niagen), is another form of vitamin B3 (also called niacin).

Our bodies convert nicotinamide riboside into NAD+ (Nicotinamide adenine dinucleotide). NAD+ is a coenzyme or helper molecule that is extremely important in the anti-aging process.

Among other things, NAD+ repairs damaged DNA, converts food into energy, helps fight certain autominune diseases and infections, and sets your body’s internal clock (circadian rhythm). As we age, the levels of NAD+ decrease which lead to advanced aging, chronic illnesses, diabetes, alzheimer’s and many other diseases that effect people in their older age. Studies over the years have shown that increasing NAD+ levels is vital to longevity and long-term health.

One way to increase NAD+ is by taking Nicotinamide riboside supplements.

As mentioned above, NAD+ decreases as you age leading to some serious health concerns. The only way to increase NAD+ is to consume NAD+ precursors and nicotinamide riboside is one of them.

The first discovery of this was in the early 1900’s when a plague called Pellagra effected the people of the American South. If left untreated, Pellagra leads to dementia, diarrhea, dermatitis and death due to lack of the precursors for NAD+. Scientists were able to discover that a lack of NAD+ was causing this horrible plague. The fatal disease was connected to something missing in their diet. They were able to provide people effected by the plague with milk and yeast to alleviate their systems. Both milk and yeast have NAD+ precursors in them.

NAD+ precursors are the building blocks of NAD+. When you consume them and increase NAD+ in the body, it can fight other diseases and aging, as seen in the example above.

Nicotinamide Riboside is one of the precursors that are more readily used in the body than other NAD+ precursors.

When you increase NAD+ in your body, the NAD+ activates enzymes that promote healthy aging. These enzymes are called Sirtuins and they improve lifespan and overall health. Sirtuins work to repair damaged DNA, reduce inflammation and reduce stress.

One more way that NAD+ aids in anti-aging is by the modulation of Immune-Cell Signaling. Diseases such as autoimmune are caused when cells begin to lose their focus. This happens for a variety of reasons, including age. Proper levels of NAD+ regulate the immune system and inflammatory pathways.

Because Nicotinamide Roboside increases NAD+ in the body, it can work hard to fend off other problems.

In studies done on Mice with Alzheimers disease, administering Nicotinamide Robiside increased NAD+ levels and by the end of the study, the mice had improved significantly in memory-based tasks.

Although a lot of research is still being done on how increasing NAD+ levels really helps people with age-related brain disorders, there have been some positive breakthroughs so far suggesting that it does help.

Heart disease is the world’s leading cause of death and aging is a major risk factor for heart disease.

Nicotinamide riboside increases NAD+ which helps reduce the stiffness in the aorta and lowers blood pressure in adults at risk of high blood pressure.

Potential Side Effects and Risks

Nicotinamide riboside is generally safe with very few side effects. Taking 1,000 to 2,000 mg per day had no harmful effects in humans. Keep in mind that with any drug or supplement, there are risks and you should always consult your physician before taking any.

There still isn’t a ton of research on the side effects but it has been found that in rare cases, some people have reported mild side effects such as; nausea, fatigue, headaches, diarrhea or stomach discomfort.

Dosage and Where to Buy Nicotinamide Riboside

You can find Nicotinamide riboside in a tablet or capsule form and is commonly called Niagen. You can purchase it at most health food stores or on Amazon. Be sure to read the dosage information as each individual brand can vary.

As you can see, the benefits seem to outweigh the potential side effects and so Nicotinamide riboside may naturally help reverse the signs of aging from the inside out.

To read more in depth about NAD+ and why it is crucial to your health and the anti-aging process, checkout our article here.