Testorex – What is it and What does it Do? 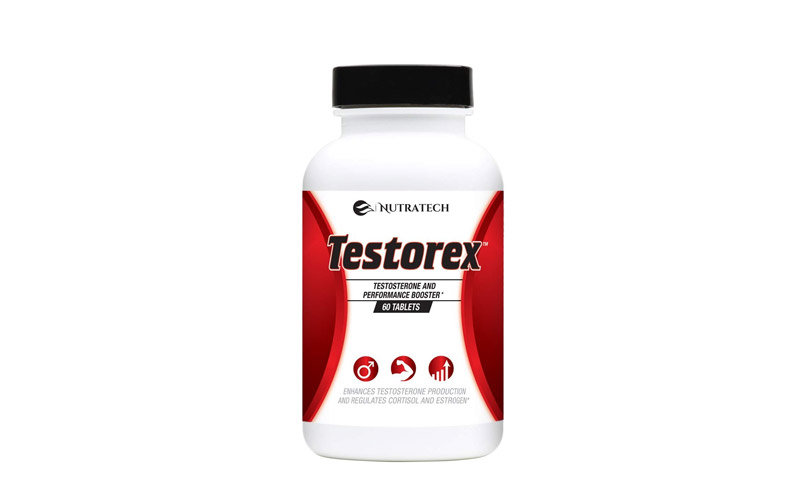 Feeling a little droopy? Not enough lead in your pencil? Maybe your mojo ain’t risin’? If you’re looking to kick start your libido, NutraTech may have the male enhancement formula for you.

Testorex is a proprietary blend Tribulis Terrestrias extract, Chrysine, Diindole Methane, Gamma Oryzanol and Eurycomo Longfolio Jack. Longfolio Jack, better known as Tongkat Ali, is a supplement with a reputation for reversing the effects of ED (Erectile Dysfunction). It is also used as an infertility medication.

Each batch of Testorex contains a potent anti-estrogen complex. The downside to this is its potential for d-baggery; estrogen is directly responsible for emotion and feeling. In theory, a low level of estrogen in men can relinquish them of the power to empathize and defer to their significant others.

NutraTech advertises Testorex as a “cutting edge” testosterone-boosting pill, but there is nothing cutting edge about its ingredients. Tongkat Ali has been used for years as an aphrodisiac, an indigestion tonic and an antimalarial agent among many other uses.

Whether it works is a topic of some debate online with Consumer Health Digest giving it less than three stars, saying, “There are no studies concerning the specific formula in order to back up claims made by the company behind Testorex.”

Still, the individual ingredients have been known to aid in the area of testosterone production and male enhancement. Gamma Oryzanol has been reported to boost human growth hormone levels while offering an uptake in performance. Chyrsin is an estrogen blocker which wards off the effects estrogen has in men, chief among them poor libido and moobs (man breasts). Tribulis terrestrias is one of the most popular male enhancement compounds on the planet.

Reactions to this drug have been mixed at best with one website admonishing their readers that Testorex is neither scientifically backed by any concrete evidence nor cost-productive (each bottle costs more than thirty five dollars). They also report multiple cases of adverse effects.

Topotcalternatives gives it a five-star rating, alleging (falsely, from what I can tell) that it is a well-researched blend while Supplement Police had this to say about Testorex: “The other compliment that was frequently paid to the company was due to its ability to increase the user’s testosterone levels for the long term.

“This is unlike other products in the market that may offer only vapid, short-term results. Users that tried Testorex assert that the supplement has the ability to go above and beyond their expectations.”

Fortunately for users everywhere, Testorex comes with a 30-day money back guarantee, so you are free to try it on for size and see whether it puts a spring in your step. You can order it right here.

Side effects may include decreased bone mass, increased blood pressure, hormonal imbalance and headaches. Readers are urged to use with caution and consult with a physician prior to purchasing this item.