THE WONDERS OF 5-HTP 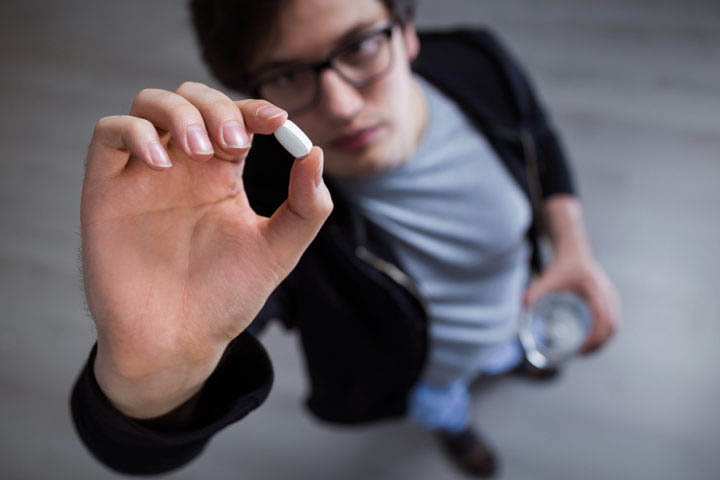 5-HTP (5-Hydroxytryptophan) is a precursor of serotonin. Our body naturally produces 5-HTP from trytophan. It is now available as a nootropic supplement which is used to treat sleep disorders and anxiety among other medical and health conditions. This synthetic form of 5-HTP is derived from the seeds of an African plant called the Griffonia simplicifolia.

It can affect appetite, sleep, pain and sexuality. It is also used to treat a host of problems related to serotonin deficiency and similar abnormalities. But that’s just the tip of the proverbial iceberg as 5-HTP can be helpful for any number of problems, including depression, obesity, insomnia and more. Here we will look at some of its greatest uses and benefits.

Many experts believe 5-HTP can be instrumental in promoting a pain-free transition from alcoholism to alcohol detoxification and may also stave off alcohol cravings. Since the neurotransmitter serotonin sees an increase in production due to the presence of 5-HTP, the “feel good hormone” (serotonin) is able to treat the depression associated with alcohol withdrawal.

A stable serotonin level may aid in reduction of drinking episodes. Additionally, it is known to diminish feelings of anxiety and agitation, two issues that arise when one is in the doldrums of withdrawal.

Research studies of persons taking 5-HTP in tandem with L-glutamine and D-phenylalanine for a period of forty days or more demonstrated that it can be efficient at reducing overall withdrawal symptoms.

Users are urged not to combine 5-HTP with alcohol as it could have contraindications. Alcohol use in concert with 5-HTP may cause interactions between their mechanisms of action. Both substances stimulate our inhibitory neuroreceptors and can have sedative effects on the user. Combination of the two can intensify the effects of each and may lead to terrible risks. High doses of the two can induce Serotonin Syndrome, resulting in dangerous side effects, including sweating, increased body temperature, agitation, diarrhea and tremors.

Those 5-HTP users who are casual or social drinkers should leave a window of six hours open between 5-HTP consumption and consumption of alcoholic beverages.

Although it is commonly used to treat depression and anxiety, 5-HTP supplement is also a powerful substance that is advantageous for an array of people with all sorts of problems. Many use 5-HTP to treat Fibromyalgia, a chronic immunological disorder which causes widespread musculoskeletal pain, fatigue, sleep disruption, mood issues and memory problems. In recent years, a host of nootropics have been found to assuage the characteristics of Fibromyalgia and 5-HTP is among the best of them.

There are those who swear by the use of 5-HTP as part of a course of treatment for PMS (premenstrual syndrome), ADHD (Attention Deficit Hyperactivity Disorder), Parkinson’s disease and seizure disorder. Inconclusive evidence has also shown that 5-HTP may be helpful if administered to infants with Down Syndrome, increasing activity and muscle.

According to the experts, there is not enough evidence to confirm its efficacy in treating a multitude of other conditions, but some have said that 5-HTP is an awesome drug for relieving migraines and treating everything from schizophrenia and cerebellar ataxia (Nervous system disorder) to heroin withdrawal symptoms and Ramsey-Hunt syndrome.

As we have seen, 5-HTP has a lot of positive effects on its users. Its sundry benefits include all of the following:

As with virtually every drug on the market, 5-HTP has its adverse side effects. Rare though they may be, these side effects should be acknowledged. They include:

Although 5-HTP has been found to be safe when taken at a maximum dosage of 400 mg for a period of no more than one year, long-term use has resulted, at least in some cases, in the development of EMS (eosinophilia-myalgia syndrome), an acute condition that results in severe muscle tenderness and blood abnormalities.

Withdrawal from long-term 5-HTP use can also develop, presenting in a number of unwanted ways. Users are advised to use 5-HTP in cycles so as not to develop a tolerance. Persons are advised to avoid 5-HTP use prior to surgery, or during or after pregnancy.

Users should start with a threshold dose of 150 mg before gradually working their way up to 400 mag over a period of four weeks. Studies show that daily doses of 150 to 3,000 mg significantly reduces depression. As always, use with caution and emancipate your mind.